In this window the user can create, establish conditions to all or certain customers, based on dates, items and type of items, users, and edit fixed pricing rules and discount by volume. 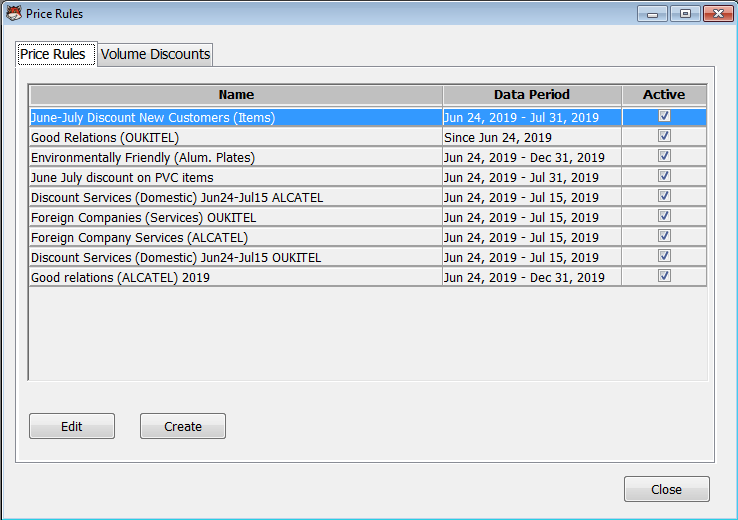 The price rules will be applied automatically while creating an invoice or sales order, to review them, one just need to click on the “pencil icon” next to the “rate”, and in case there are conflicting rules, HandiFox will display a “warning sign” which will allow the user to choose the rule they want to apply to that particular item(s) on that particular invoice/sales order (see third and fourth pictures). 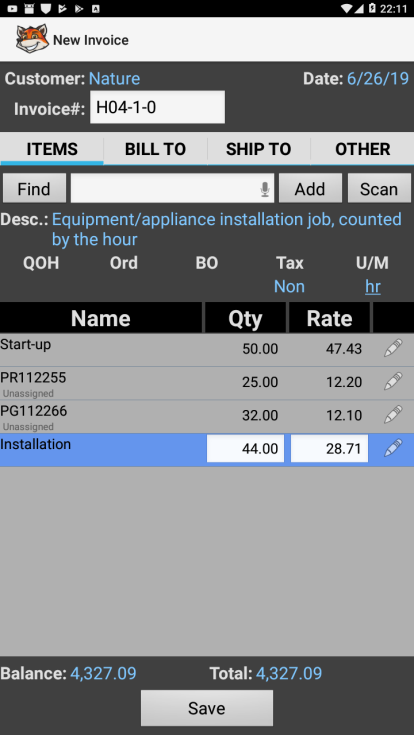 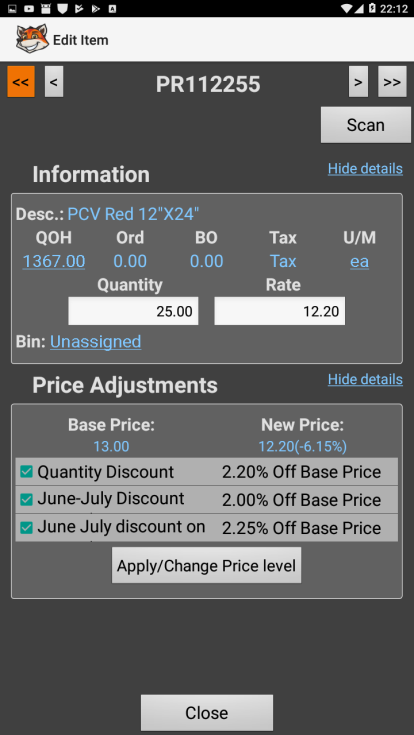 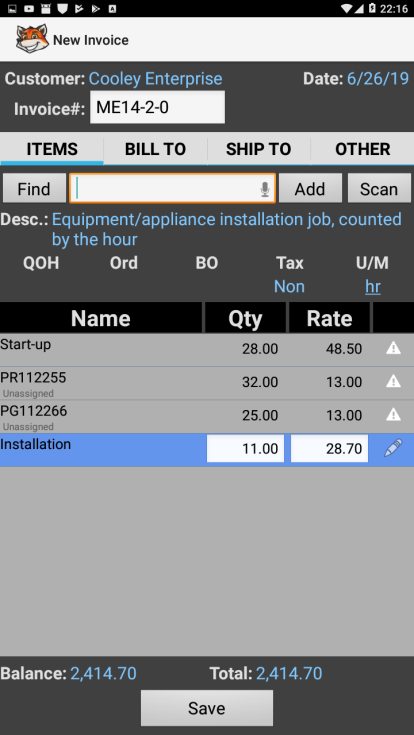 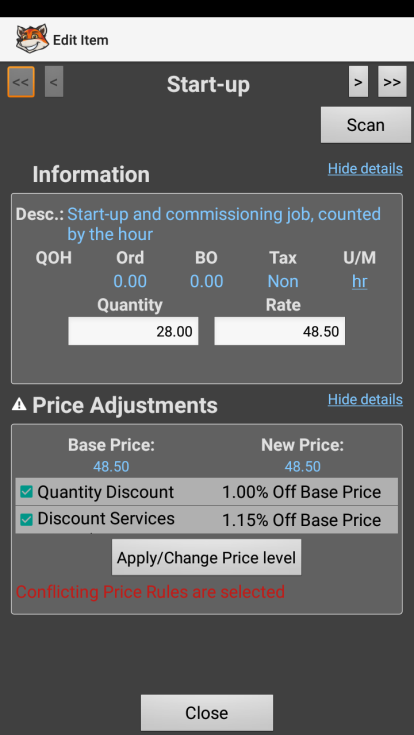 Note: Quick Transfer feature is not yet available if “Track Bin Locations” option is enabled in QuickBooks

Note: This feature is not available if “Track Bin Locations” option is enabled in QuickBooks